Last week I was officially added to EFL developers list. After contributing some patches to eina, edbus, elementary and E17 (especially to connman module), Gustavo Barbieri, who is also my boss at ProFUSION, added me to developers list giving me commit rights on EFL svn.

He said me some weeks ago that the only thing missing to add me as developer was that I’d have to use E as my window manager. Fair enough. If one wants to be a developer of a certain program, it’s better to first be an active user. So, last Friday I wiped out my Gnome and started using E17 as my default window manager. If you don’t know E, you should check its site. It’s a lightweight Desktop Environment designed on top of EFL, the Enlightnement Foundation Libraries.

I don’t think the current theme is that good, but I’m getting used to it. Hopefully, it will be replaced some time soon. Below, my current desktop with an animated wallpaper with a clock: 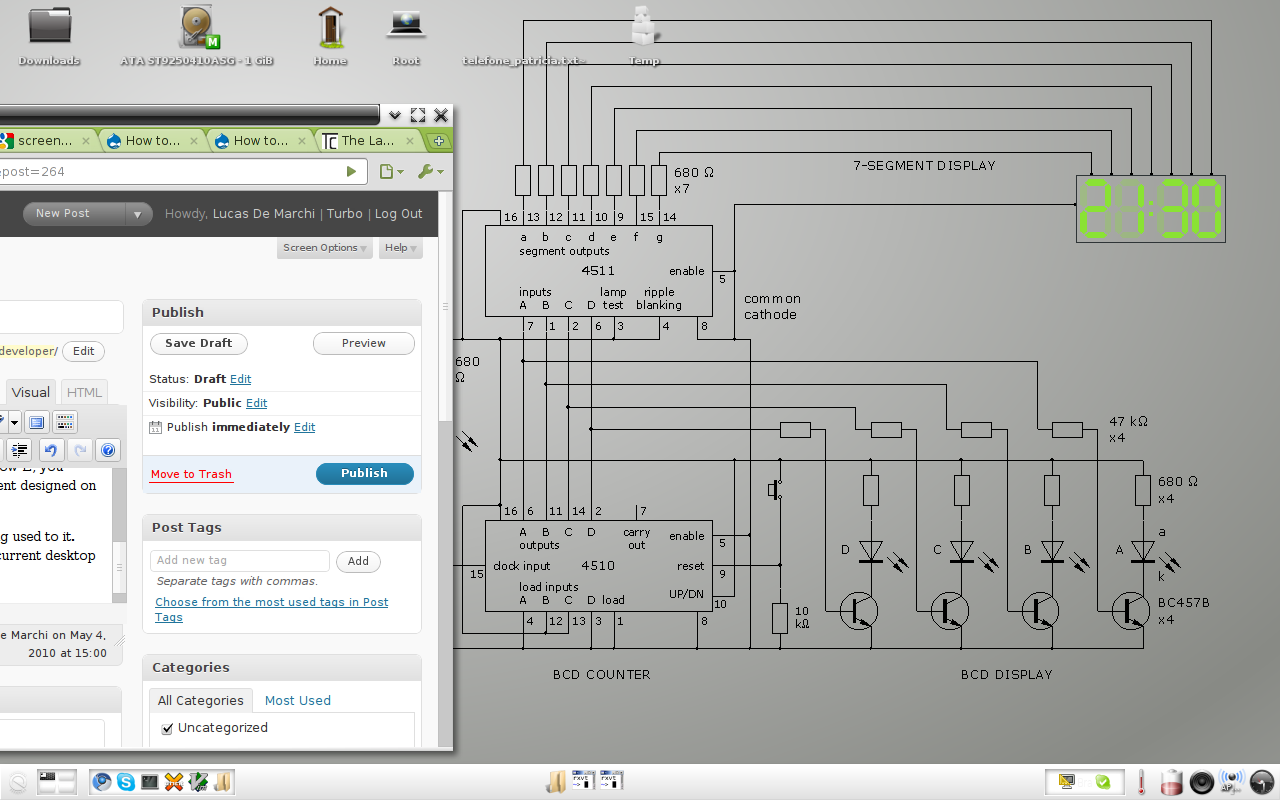