After reading this post at “Linux Today” I decided to install the so expected Linux version of Chrome, the Google’s browser.

As I use Arch Linux, I haven’t expected to have a compiled version linked directly by the chromium’s website. Instead, I was hoping Arch’s developers already packaged it. And, with no big surprises, they did. Just to clarify a thing before continuing: Chromium is the open source projected behind Chrome (which is not opensource).

I’m not writing this post to repeat what’s already written there. So read it too. As opposed to his impression however, I’m running it without big problems: pages are rendered well formatted, without html or css problems. Sure, it’s not a browser to use everyday yet, but as a pre-alpha version it’s doing pretty good. Below, a picture with this post been written. 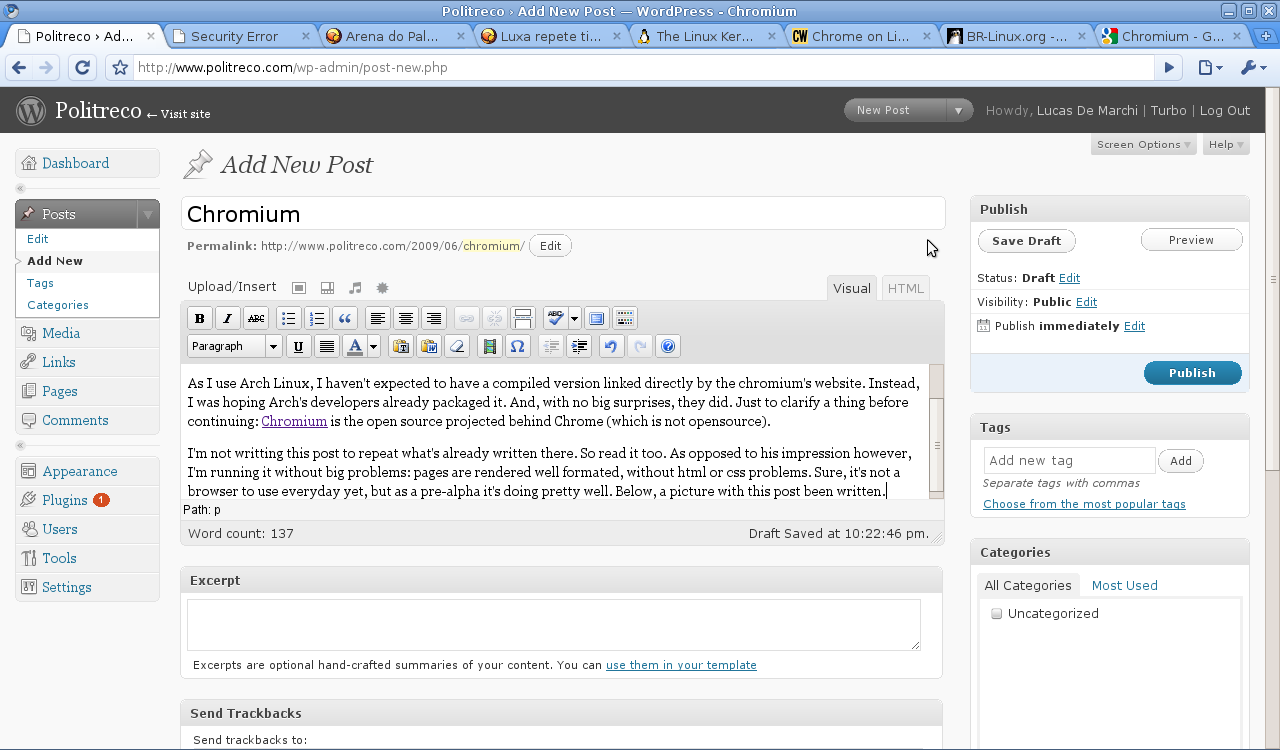 Not everything works for me: I was not able to read my emails on Gmail, since there’s one error on getting Google’s certificate (see “UPDATE” below); my keyboard with deadkeys doesn’t work well, I had to switch to a configuration with no dead keys in order to this post; a bunch of other things are incomplete or missing (for example in the options window) and there are some other issues as can be seen here.

Ohhh, and I almost forgot to say: yes, it’s fast… sooo fast. When I first opened it the first word I said was: “owwwwhhh”. Also to render the webpages I noted a speedup comparing it to Firefox (Swiftfox). Let’s see if it will continue to be fast like this when it gets bloated with a lot of extensions. One architectural difference among Chromium and Firefox I noted is that every tab is a different process. Whether this is good or not, I don’t know yet… We have to wait the next versions to make a fair comparison.