During the past weeks I’ve been working again on the BlueZ project and now we can finally announce that the AVRCP 1.3 profile is officially supported.

For those who don’t know what I’m talking about, here comes a little background for those buzzwords:

BlueZ is the user-space part of the Bluetooth® technology stack used on Linux and Android. It has support for several Bluetooth profiles such as RFCOMM, HID, PAN, PBAP, OBEX, HFP, A2DP (some of them are implemented as separate projects) that are defined by the Bluetooh SIG. In simpler terms, BlueZ is what allows your Linux device to do amazing things with Bluetooth technology such as stream stereo music, make phone calls and other wireless magics.

One of these profiles supported by BlueZ is AVRCP (Audio/Video Remote Control Profile), which allows two devices to communicate through Bluetooth technology and exchange commands/messages to control the music/video being played.

Until some weeks ago BlueZ only had support for version 1.0 of the AVRCP protocol. This early version allows a Controller device (e.g. a Bluetooth technology-based car kit) to tell the Target device (e.g. a smartphone) to play, pause, go to next music and go to previous music. We’ve now upstreamed an implementation of AVRCP Version 1.3, which adds some nice features to the previously supported version, such as:

Some time ago I bought a Bluetooth stereo car kit. How boring it was having the ability to stream music from my phone but not see any information regarding who was playing, which album, etc. This is no more. Now we have proper support for AVRCP 1.3 :-). Our ProFUSION team utilized the open source baseport for the OMAP™ processor-based Blaze™ mobile development platform from Texas Instruments Incorporated (TI) to help achieve this milestone. Additionally, we worked together with TI on testing and debugging to make this AVRCP 1.3 support a reality. Below you can see yours truly holding a Blaze™ mobile development platform from TI, sending music metadata to a Bluetooth technology-enabled car kit. 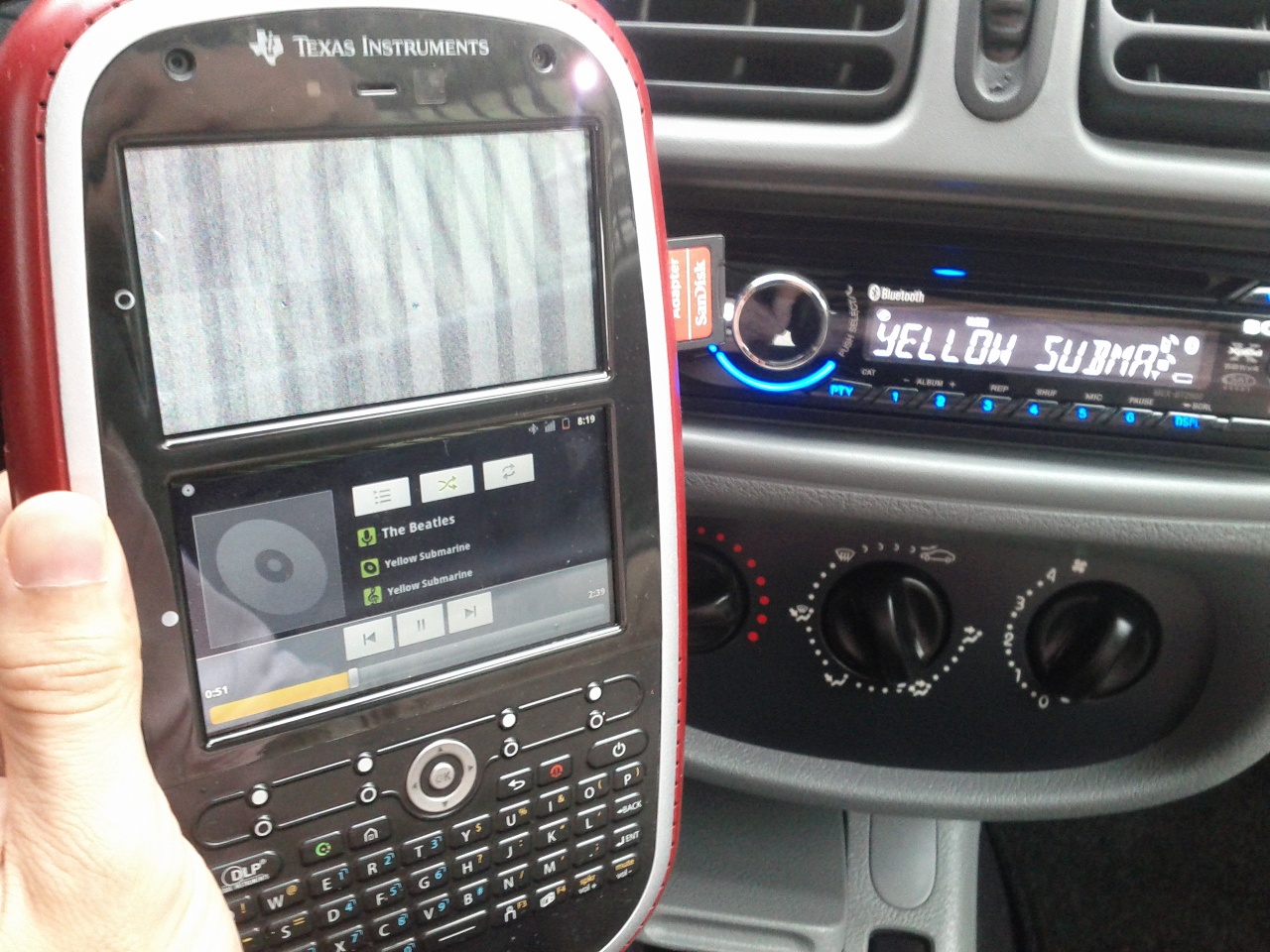